After being forced to go “dark” for the last three months due to the COVID-19 pandemic, the brethren of Kenton held their first–and  last–stated meeting for the summer season last night.

The evening wasn’t exactly done in the usual Kenton fashion. The library and the dining areas were closed off to prevent the spread of contaminated surfaces which meant that attending brethren were relegated to the main lodge room. Honored Brother Ryan Whittenburg, the lodge’s Junior Warden, spearheaded decontamination measures before and after the meeting with the help of brothers in attendance.

As per Oregon Grand Lodge directives, visiting brethren were required to wear masks and gloves. They were also subjected to a contactless temperature check and were urged to observe social distancing measures at all times.

There were still some elements of the evening that stayed true to Kenton’s traditions. For one thing, the lodge was opened in regular form, albeit with a few rough areas which was to be expected given that the lodge officers have not been able to do any ritual work since the start of the pandemic. While all attending members were encouraged to wear business casual attire for the meeting, the officers saw it fit to wear their class B attire.

Brother Fellowcraft Kyle Cisco’s proficiency examination was also done in the usual Kenton fashion. Needless to say, Brother Cisco’s performance drew the admiration of the brethren present which prompted WB Ian Cawley to enthusiastically declare him proficient. At this point, time can only tell when he’ll be able to receive his Master Mason degree as the Grand Master of Masons in Oregon has issued an edict prohibiting lodges from conferring degrees due to the pandemic.

RWB Dale Palileo, Secretary of the lodge, was honored with the public grand honors of Freemasonry for his recent appointment as Grand Chaplain for the jurisdiction.

Perhaps the highlight of the evening was Brother Zack Keirsey’s presentation of a new case for the lodge’s working tools. Made by his biological brother, the case is an impressive work of art featuring a hand-carved square and compass logo on the front. Per custom, the inside is lined with purple velvet and slots for each working tool. The case replaces the old one that was built in the early 1950’s by a member of the lodge.

The lodge also recognized and thanked the efforts of various brothers who made a few physical changes to the building as well as those who maintained the leadership order of the lodge on Slack during the lockdown. It also congratulated honored Brother Kaid Collins for being recently engaged.

In keeping with the lodge’s by-laws, a motion was brought to the floor to go “dark” for the remainder of the summer season. This was in keeping with the Grand Master’s recommendation to limit the number of lodge meetings while the state struggles with the current health crisis. After a few short clarifying discussions on the matter, the members of the lodge unanimously passed the motion.

The lodge was then treated to a very informative Masonic education portion featuring honored Brother Manase Salema, who gave a talk on the importance of memory in Freemasonry.

And while the brethren of the lodge were prohibited from having their customary libations and fellowship in the dining room after the stated meeting, a majority of the attending brothers still managed to hang out at the back of the lodge to catch up, smoke a few cigars and drink a pint or two.

The lodge now looks forward to resuming its virtual weekly meetings via Zoom starting next week. It will hold these meetings until September when it holds its first stated meeting for the fall season. 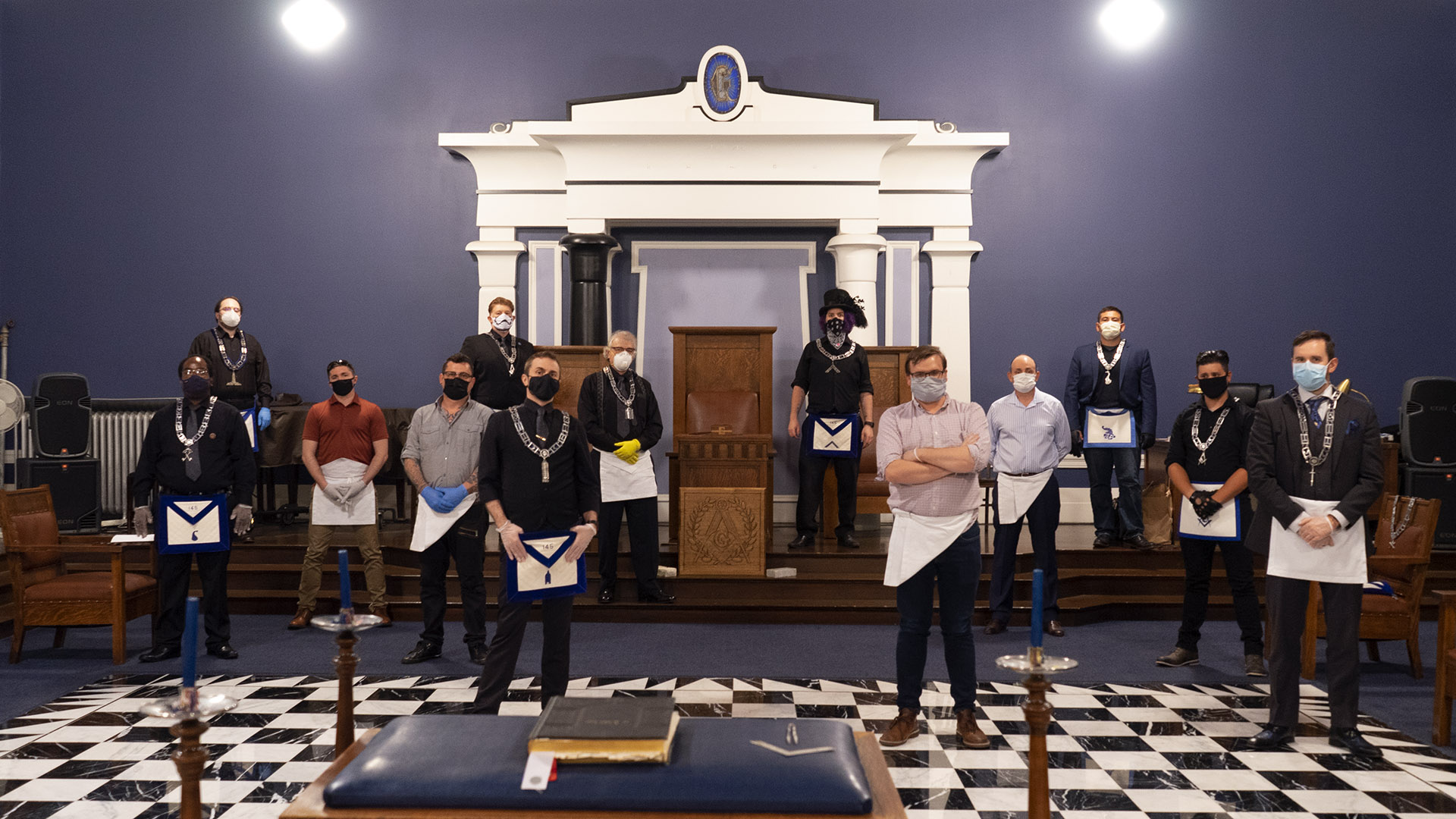 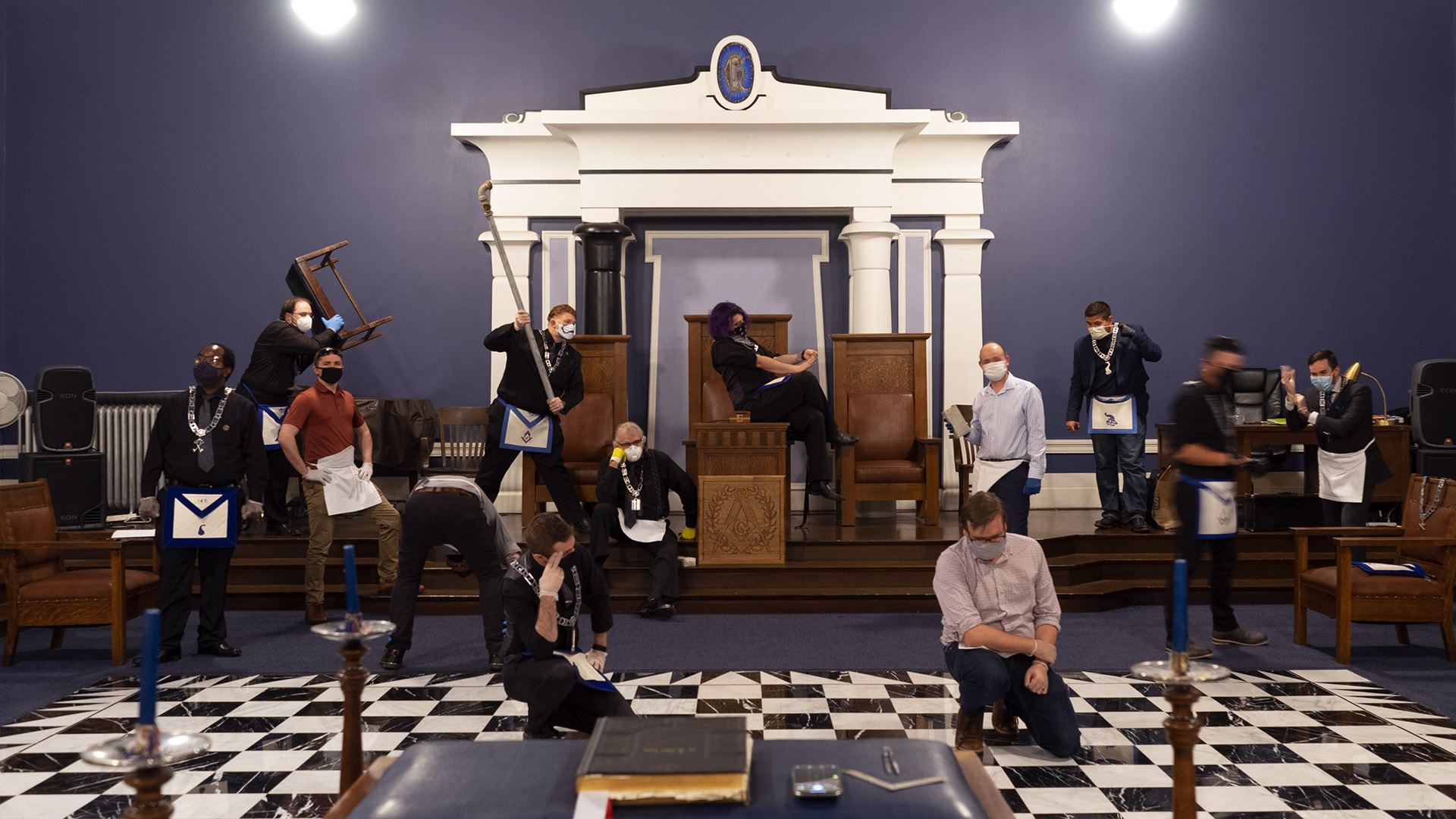