Warm weather and sunshine usually beckons the coming of summer for the month of June, but this year was unusually wet and humid. So much so that Kenton’s officers were still wearing their class A’s as they held their stated meeting.

The weather, plus the interesting “goat” theme of the evening–whether planned or otherwise–made for a night that was truly special and uniquely Kenton.

The brethren were treated to a dinner consisting of goat, rice, potatoes and salad–a Tanzanian dish that’s now becoming the signature dish of honored Brother Manase Salema, current Senior Deacon of the lodge who was filling in as Junior Warden pro-temporé.

Afterwards, the usual lodge proceedings went on without a hitch. Of worthy note was Mr. Joseph Tseu-Easly’s petition being read and accepted. A descendant of Kenton Lodge past masters, his petition will now go through the regular process after waiting nearly four months for a petition from the lodge.

Perhaps the highlight of the evening was the induction of honored Brother Manase Salema and Brother Fellowcraft Derek Shaw into the newly founded Order of the Goat Riders by WB James “Ironblood” Elam in a short presentation ceremony that saw WB Dale Palileo extolling–and reminding–the brethren present of the fraternity’s commitment to charity. The brainchild of WB Elam, the order’s main mission is to recognize brothers who have exceptionally shown their commitment to charity by helping brothers in need. Brothers Salema and Shaw exemplified this during their assistance at WB Hunter Bronson’s father’s memorial. 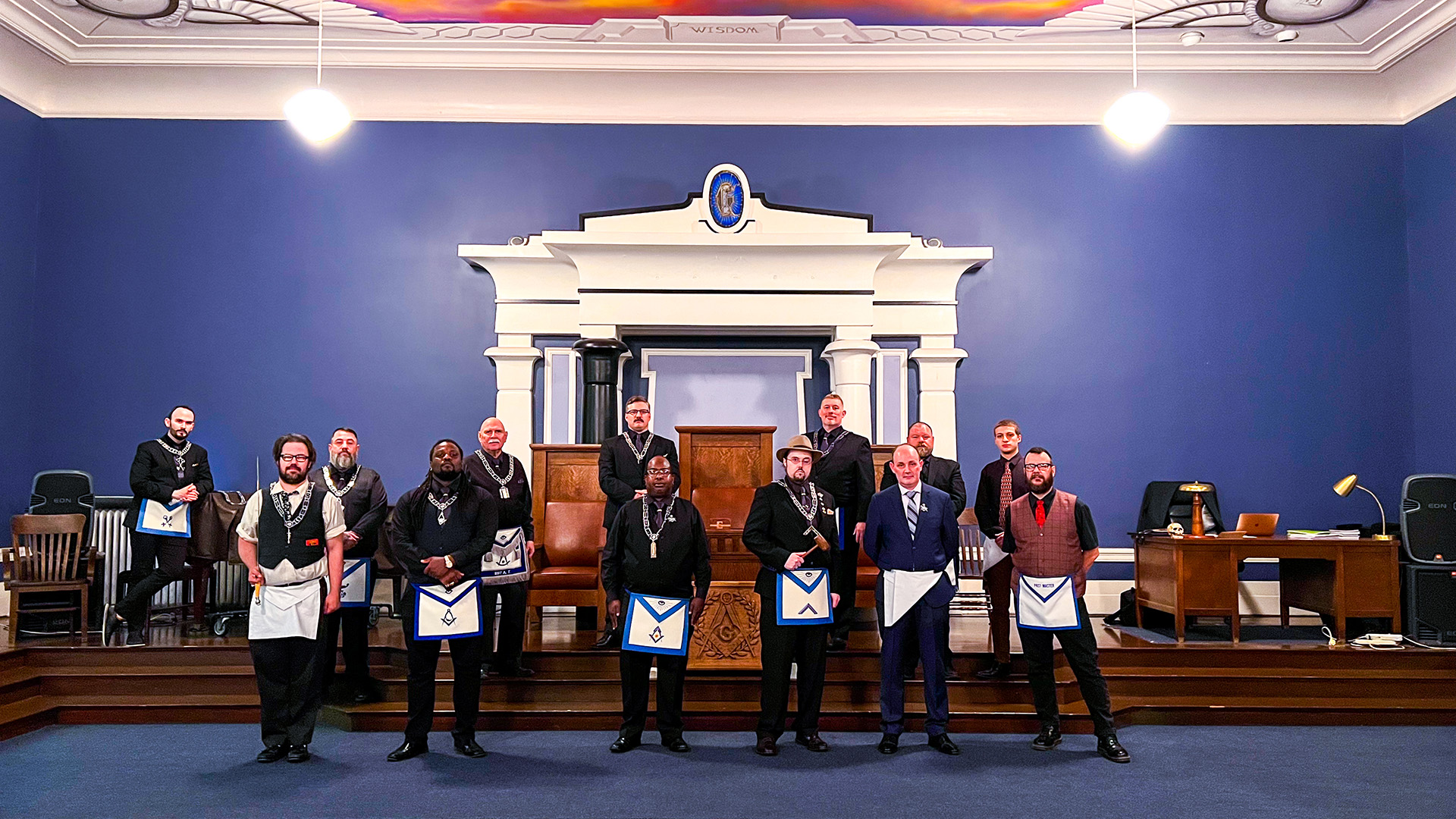